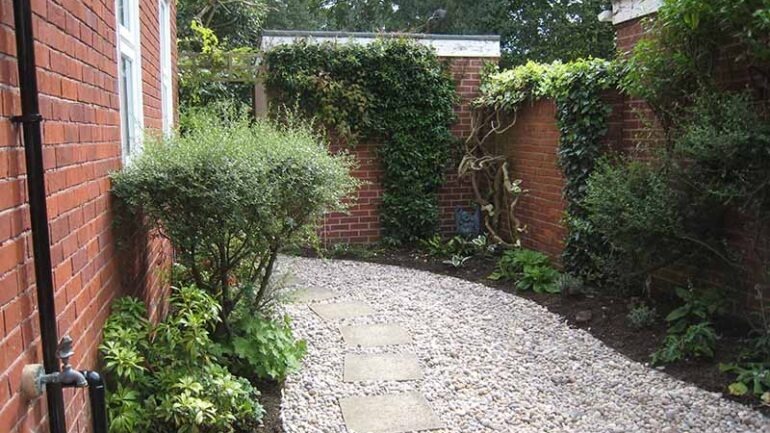 A small space to the side of the house had stepping stones leading from the back door to the rear garden, the rest of the space was undefined, some plants were at the edges of the garden, but the majority of the surface was covered in a membrane covered in bark chippings that were breaking down.

The client wanted the space to be welcoming and colourful, and most of all easy to maintain. Budget to build was £2000.

The solution was to redefine the borders with a metal edge and replant, adding herbaceous perennials to the existing shrubs, a new membrane was pegged down and we topped this with large Scottish pebbles which do not ‘travel’ and add a lightness to the garden that was greatly needed.