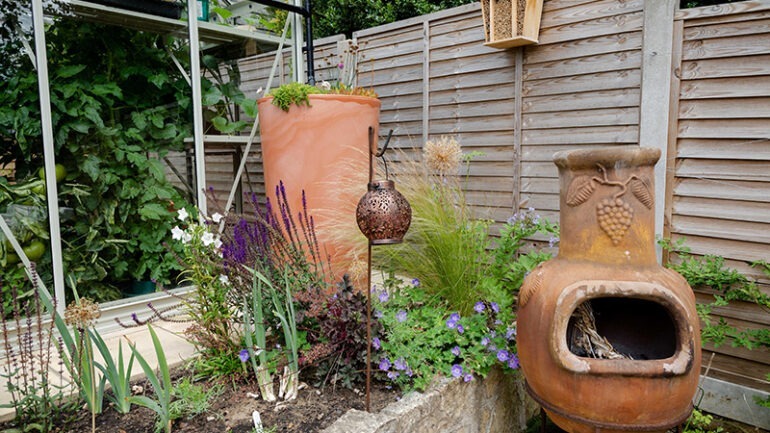 My clients had been at their property for some years and had created some lovely areas that divided the small space into distinct areas. However time was taking its toll on the garden. An old green house was dominating the view from the house and had become a bit of a dumping ground, whereas a raised vegetable garden was now unused and needed some attention and revamping.

A raised patio was rarely used as it overlooked the neighbours gardens. There were some lovely old fruit trees that we hoped to keep, but the planting in the whole garden needed refreshing.

The main structure of the garden remained, but new paving was needed in the area where the green house had been. This allowed us to create a new lounge area for 6 people to sit and enjoy the evening.  A new smaller lawn allowed us to under plant the trees with shade loving perennials, shrubs and ferns, with space for spring bulbs to give an early flourish of colour.

The veg garden was reinstated, but this time with hard standing between raised beds and space for a new green house.

Planting in the raised beds was replaced with pink, purple, blue and white perennials giving height, movement, texture and colour though the seasons.