Where the Garage used to be 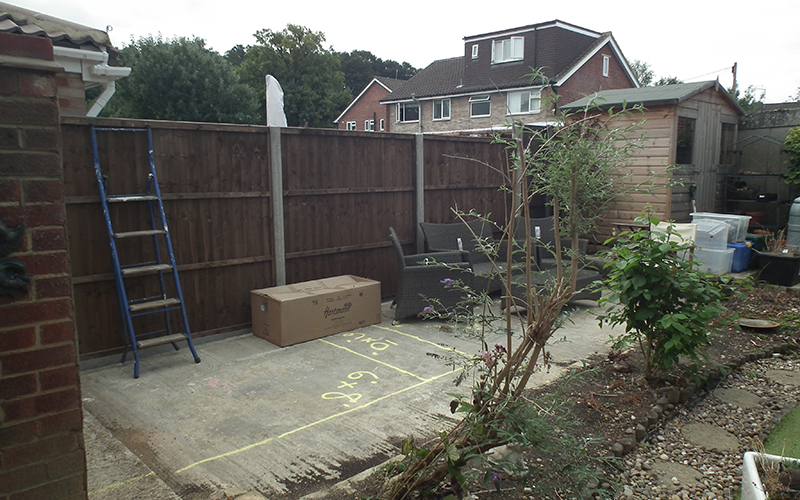 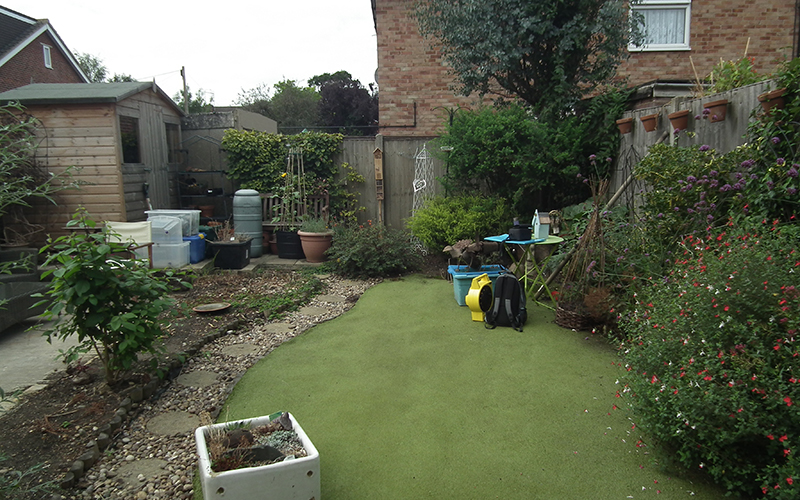 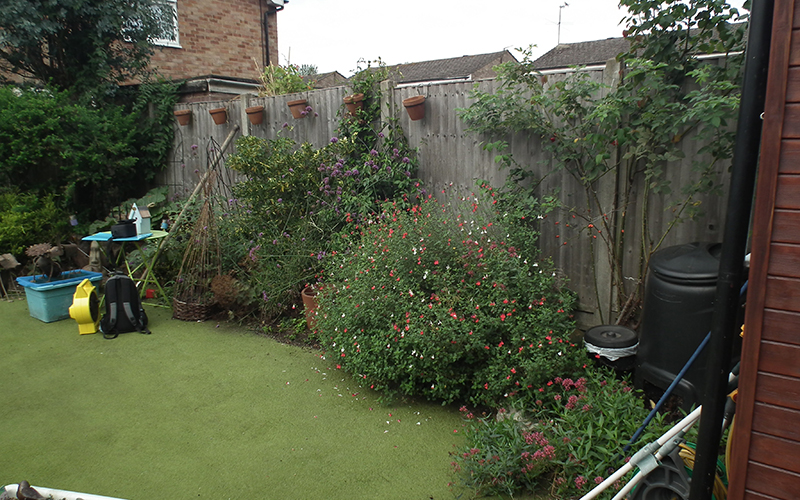 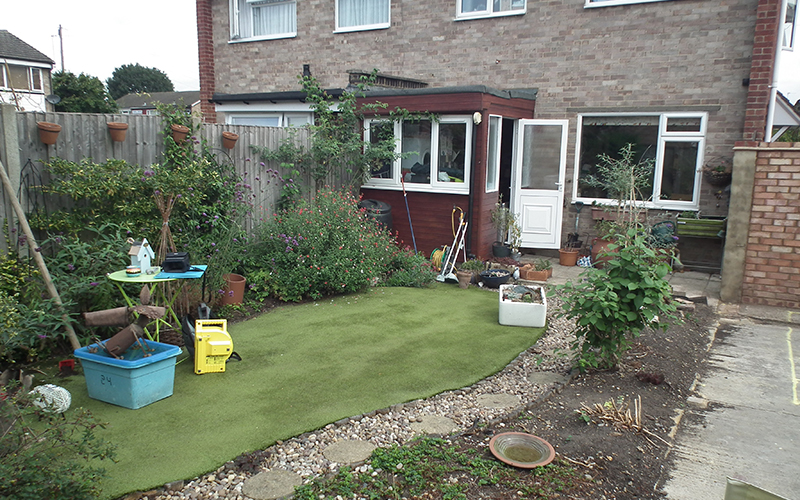 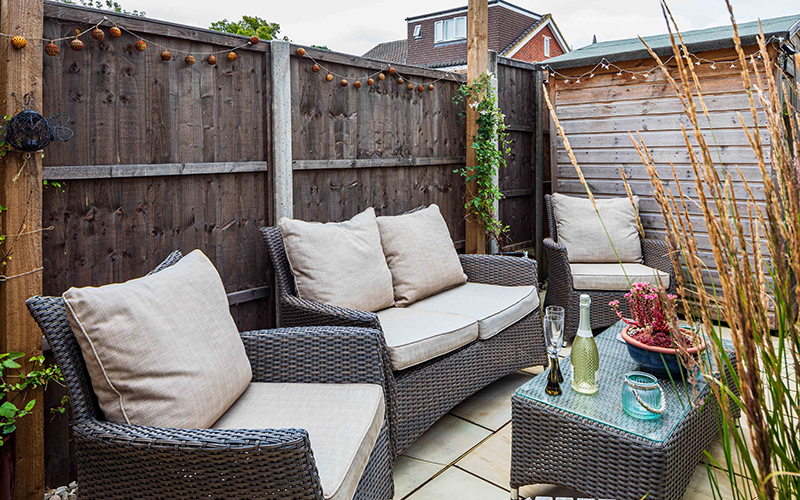 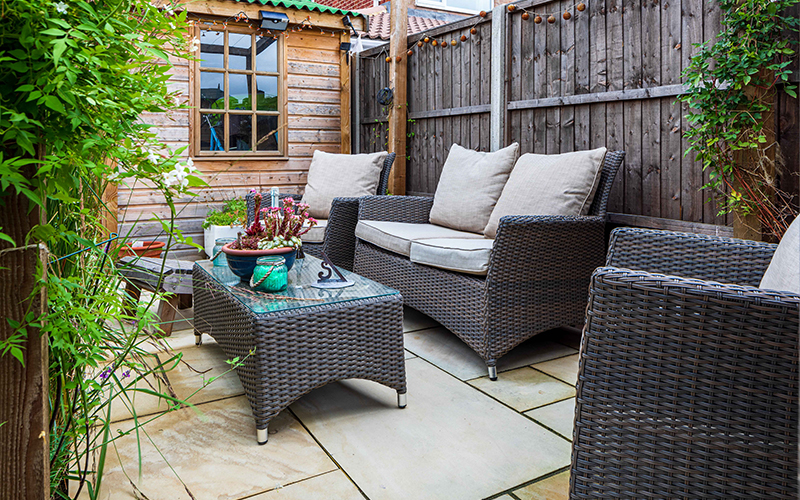 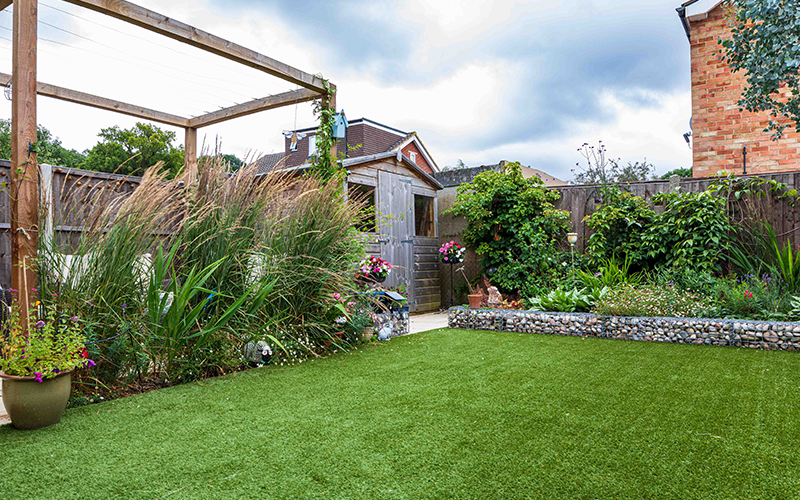 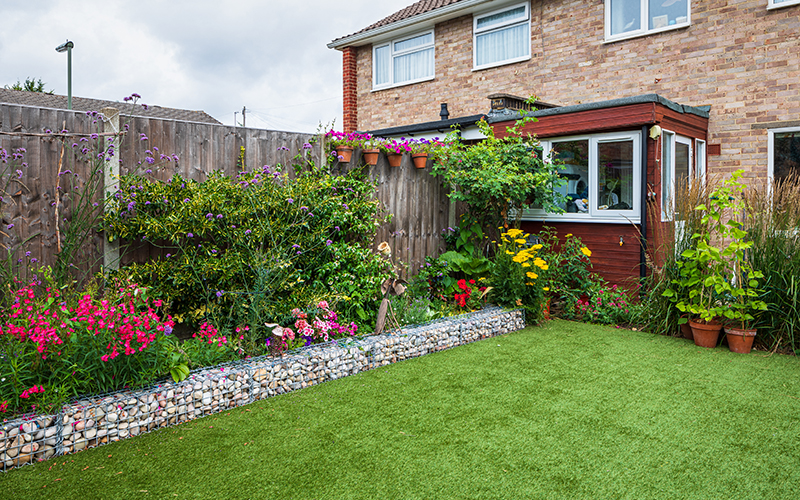 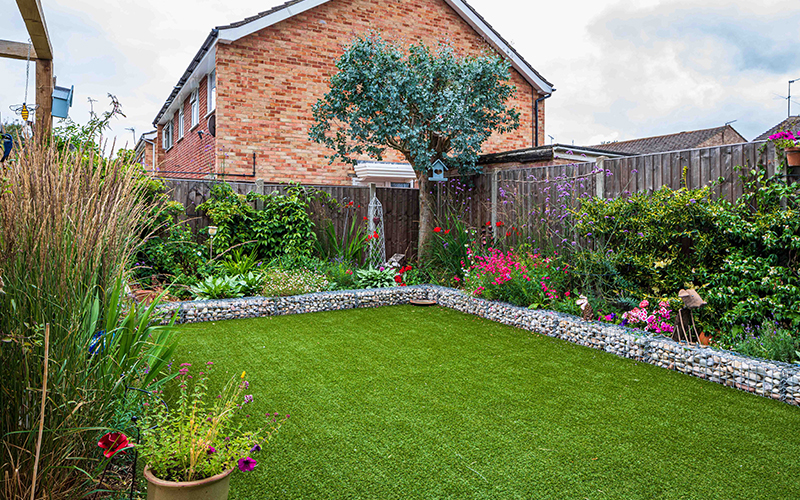 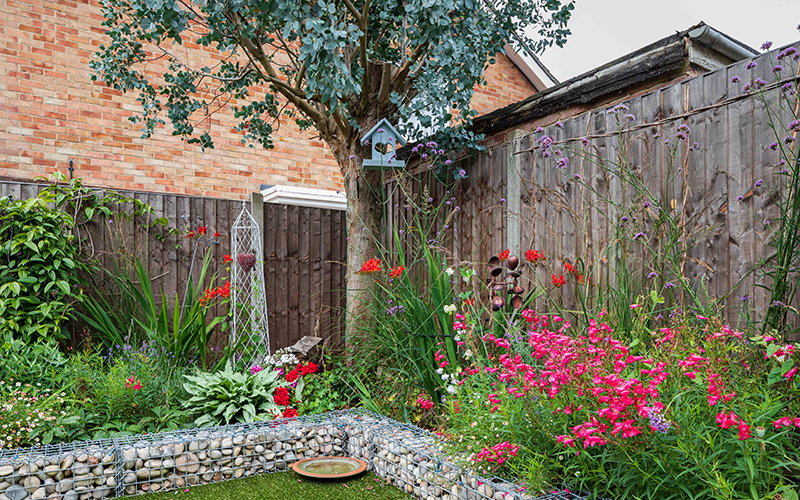 My client had recently removed her garage, and was left with a large unsightly slab of concrete. She also had an old badly laid artificial lawn, which wasn’t draining and was becoming mouldy. So much so she was embarrassed to ask friends over to her garden.

She was keen to continue with an artificial lawn, whilst off setting it with wider borders full of insect friendly plants. Most importantly there needed to be space to entertain in the new garden. A new summer house was on order and a Pergola was a must have.

Firstly I know we needed to take out the concrete raised area that the small shed was on. By lowering shed it became less of a undesirable focal point gave way to the new pergola being the main key feature. I designed a new paved area that led from the back door to the gate and to the new patio. Although the garden is tiny I used tall grasses to section the areas of the garden off, so that it feels like there are distinct areas of the garden. We kept as many of the existing plants as possible that could be reused in the new plan and added lots of colourful perennials that would attract bees and butterflies with scent and colour from spring to autumn, and interest through the winter months.

The client and her daughter were keen to have gabions as part of the design so we used tiny ones as border edges, on two sides of the lawn, adding interest and texture.

We left spaces in the borders for annuals and a small collection of decorative feature that make the garden unique to my client.